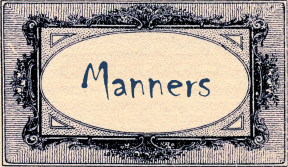 1. A way of doing, being done, or happening; mode of action, occurrence.

2. the prevailing customs, ways of living, and habits of a people, class, period, time.

The Mechanics for our game fall into three categories:

Skills – these are things you “know how to do.” you have a Professional skill, a Hobby, and you know some Trivia. You may use any of these skills in the game at any time through role play. There are no levels of success, but if you impress us, you may learn more than you thought you were going to, or even bargained for!

Defences – Should you, for any reason at all, become involved in a situation which requires you to defend yourself, you have a listed defence skill that you may use at any time through role play. Should we need to resolve a difficult conflict we will engage a roshambo mechanic (Paper/Scissors/Rock) BUT come up with a cool idea or roleplay the hell out of it and we may just give it to you. Respect!